H.E. Mr. Meas Kim Heng, presented to His Excellency Mr. Ilham Aliyev, President of the Republic of Azerbaijan, the Letter of Credence

During the official talks with the President Ilham Aliyev, H.E. Mr. Meas Kim Heng conveyed the warm greetings and best wishes of His Majesty the King, and Samdech Techo Prime Minister to HE President and the people of Azerbaijan. H.E. Ambassador stressed that despite being geographically far away, the two countries have had high level contact and are linked by trade, people to people connectivity and by several regional and international organizations. H.E. Ambassador expressed his congratulations to the successful socio-economic and political achievements in Azerbaijan, and the implementation of Azerbaijan 2030: National Priorities of Socio-Economic Development, which would further bring about peace, progress and prosperity for Azerbaijan in the long term.

H.E. Ambassador also expressed his strong commitment to further expand and deepen friendship and mutually-beneficial cooperation between the two governments and peoples, and bring Cambodia and Azerbaijan relations to a new high. 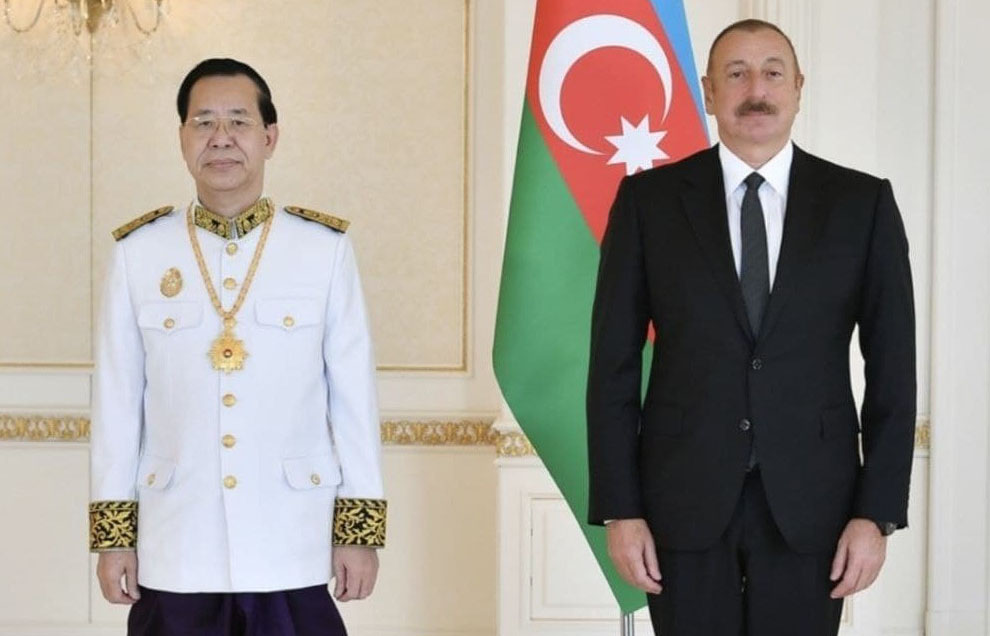