In the afternoon of May 24, 2021, His Excellency Chay Navuth, Ambassador of the Kingdom of Cambodia to Vietnam, and the Embassy’s officials paid a courtesy call to His Excellency Bui Thanh Son, newly-appointed Foreign Minister of Viet Nam. On the occasion, H.E. Ambassador congratulated His Excellency Foreign Minister, who had been entrusted by the State of Vietnam and the Party with this important task, and was prepared to cooperate, take part and organize joint diplomatic events.

H.E. Foreign Minister thanked Cambodian Leaders for sending congratulatory messages to the newly-appointed Vietnamese leaders through letters, phone conversation as well as Samdech Techo Hun Sen​ who had a bilateral meeting with the newly-appointed Prime Minister of Viet Nam in person, on the sidelines of the ASEAN Leaders’ Meeting on 24 April 2021 in Indonesia. 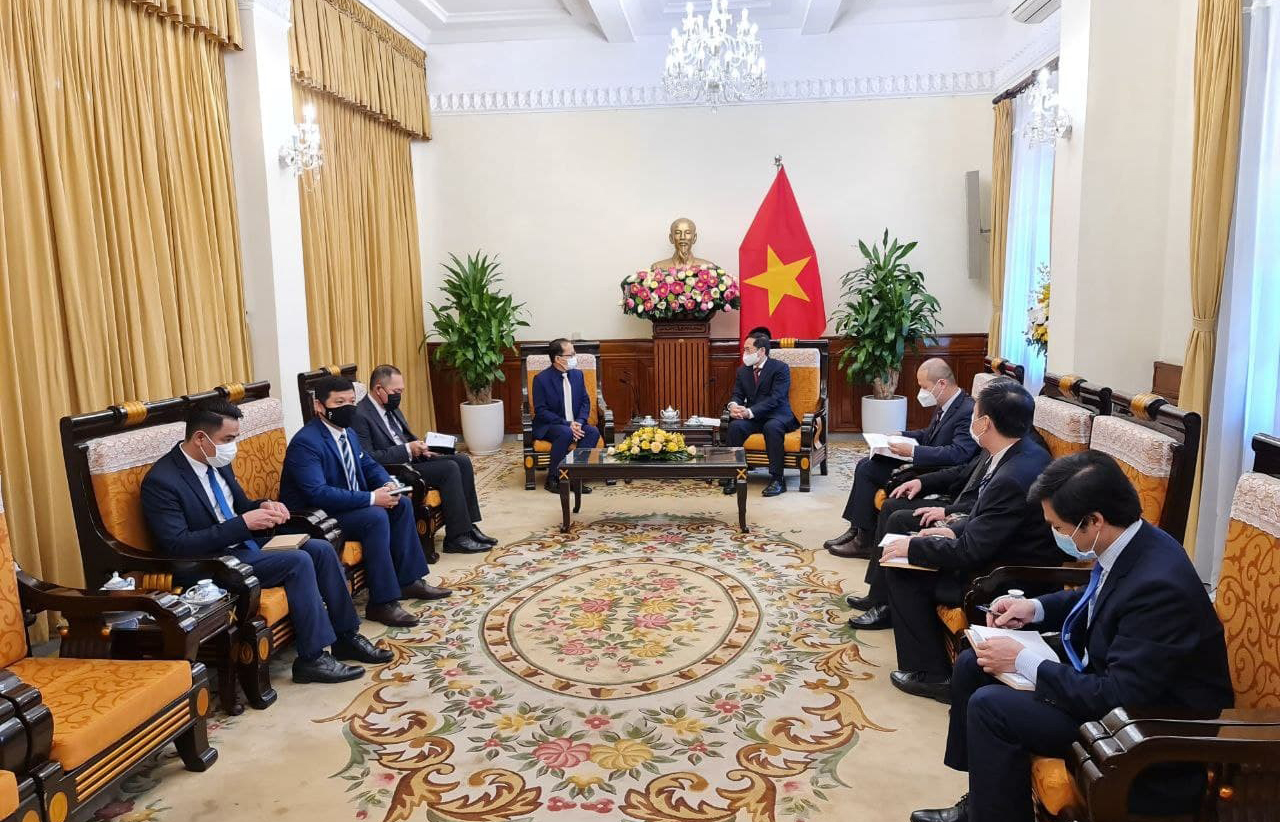